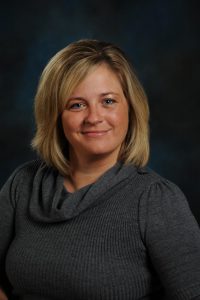 The National Shooting Sports Foundation (NSSF) has recognized Heather Heil, Injury Prevention Outreach Coordinator for Barnes Jewish Hospital in St. Louis, as a “Local Champion” for her efforts to promote firearm safety in her region. The recognition comes as NSSF launches its fourth annual Project ChildSafe S.A.F.E. Summer campaign to emphasize the importance of responsible firearm storage – particularly while children are home from school and more likely to be unattended.

Heil was selected for her efforts to educate her community about gun violence and safety, to partner with local agencies, and to distribute gun locks throughout the area.

“One of my closest cousins was killed accidentally with a gun long before I realized what guns were. This issue is close to my heart and I know we can save lives if we continue to educate the community on injury prevention,” says Heil. “Gunshot injuries can be prevented. People need to know the risks and dangers of leaving guns unlocked when they’re not in use. There has been a rise in accidental shootings in our area and all of those could have been prevented.”

S.A.F.E. serves as an acronym for Store your firearms responsibly when not in use; Always practice firearm safety; Focus on your responsibilities as a firearm owner; and Education is key to preventing accidents. The effort is focused on providing resources to help gun owners take actions and share information that will help keep their families and communities safer.

“Project ChildSafe has the same goals and visions as I do,” Heil says. “The program ensures individuals are educated and provided with materials on gun safety. Project ChildSafe is also impressive in its efforts to support local police and issue gun locks at no cost.”

“We’re very grateful for the work of people like Heather Heil,” said NSSF President and CEO Steve Sanetti. “They are great examples of how the firearms-owning community is committed to safety and personal responsibility, and their work is instrumental in helping reduce firearm accidents.”

NSSF launched Project ChildSafe in 1999 (prior to 2003 the program was called Project HomeSafe) as a nationwide initiative to promote firearms responsibility and provide safety education to all gun owners. While children are a focus, Project ChildSafe is intended to help young people and adults practice greater firearm safety as well. Through partnerships with more than 15,000 law enforcement agencies, the program has provided more than 37 million free firearm safety kits—which include a free gun lock—to gun owners in all 50 states and the five U.S. territories. That’s in addition to the more than 70 million free locking devices manufacturers have included with new firearms sold since 1998 and continue to do today.